Have you ever thought about the relationship between oral 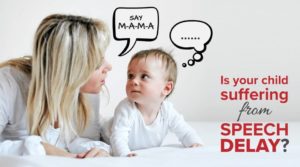 The concept of oral reflex has played a major role in the attempt to understand the control and coordination of oral movements. Oral reflexes are inextricably linked between feeding and language development, affecting each other’s development. Through spontaneous movements of oral reflexes, sensory/sensory feedback can enhance the ability to perform oral activity, action maturity and precision ( For example, when a young baby calls Dad, he uses a large muscle movement, and the chin will open the word “Dad” greatly, but as the oral muscles mature, older children will be able to use the fine lips movement. The oral movement completes the word “dad” without the need to move the chin), thereby contributing to the stability of the mouth and the production of sound.

In 2016, a clinical study entitled “Effects of Oral Reflexes on the Speech Intelligibility of Children with Persistent Cerebral Persian” examined 52 monolingual children of Persian, aged between 5 and 10. The findings of this study suggest that children with spastic cerebral palsy have abnormal reflexes, suggesting a correlation between these reflexes and sound clarity.

#Speech Delay and learning challenges
As early as 1929, the Journal of the American Medical Association published an article about the milestone of speech and the relationship between IQ. The author of the article concludes by analyzing the data of a thousand people: the age at which the speech begins to be inversely related to the IQ, that is, statistically speaking, the earlier the child speak, the higher the IQ.

#Speech Delay and learning challenges
China Phoenix Health Agency is also not optimistic about the data obtained at an education center. According to the data, among the children who received assistance in the education center between 2007 and 2015, the speech disorder caused by the diagnosis of the autism spectrum accounted for 36.57%, and the development delay (including speech delay) accounted for 28.86%, due to mental retardation. The pronunciation problems caused by the proportion accounted for 26.11%, the proportion of hearing impairment was 0.75%, and the pronunciation problems caused by other reasons accounted for 7.71%.

#Speech Delay and learning challenges
Let’s take another look at another scientific research: The following is based on a large number of clinical research (data from the American Speech-Language Hearing Association certified speech-language pathologist and audiologist, part-time professor at the University of Texas at Dallas, Professor Liu Xueman) A brief summary of the resulting data:

Most parents are unaware of the importance of this correlation.

Under what circumstances does my child need an oral reflex development assessment?
Here are some clues and signs that you can view.
1) Feeding problems – food is very selective, picky eaters, eat slowly or too fast
2) Difficulties in speech – still speak in baby language, like to use hand or body posture
3) Sensitive mouth – like to put toys or fingers in the mouth
4) Difficulty swallowing – can not swallow food and vomit properly (such as brushing your teeth will not spit, gargle, or will not suck and blow)
5) Chewing problems – Do not like to eat high-fiber foods such as apples or meat, it takes a long time to chew food
6) Spouting cannot be controlled when drooling or excitement
7) Choking – easy to eat when eating
8) Late words (for example, if the baby is 2 years old, but can’t say 50 words, simply use the list to form the vocabulary)

Why is there no natural integration of the child’s oral reflexes?
Sometimes this oral reflex cannot be integrated by itself due to innate or foreign factors. Such as congenital diseases, acquired diseases, accidents, abnormal brain development, bad experiences and so on.

What can I do in this situation?
Your child may need some intervention or integration techniques to integrate oral reflexes. Oral exercise therapists can assess the state of development of these reflexes and feeding cavity motor skills based on the child’s condition.
Oral motor therapists will also provide appropriate treatment advice and assistance.

Sorry, the comment form is closed at this time.